Facts About Tea… (and why do the British love it so much?) 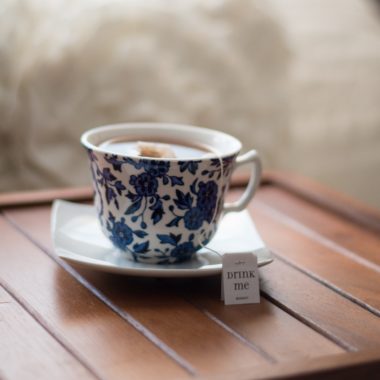 Everybody knows the British love a good cuppa. Whether that be a fine Twinings blend with a dash of milk, an Earl Grey with a slice of lemon or a robust ‘builder’s tea’ with two sugars, the British can’t live without their morning brew. The British drink approximately 100 million cups daily, which is almost 36 billion per year, but why do they love it so much?

The British Empire was essential in spreading tea from China to India, and it became integrated within upper social circles in Great Britain throughout the 18th century. Catherine of Braganza, wife of Charles II, introduced the ritual of drinking tea to the English Royal Court and the (at the time very expensive) habit was adopted by the aristocracy very quickly. Tea shops began opening around the UK, making the delicacy available to the masses – and the rest is history as they say!

If you are a real tea lover, why not try our Tea Anyone? British Gift Box, packed full of tea, cakes, biscuits and everything else you could possibly need to enjoy a good cuppa!

Here are a couple of tea facts that will surprise you! 1/ Twinings created its logo in 1787, and it is thought to be the world’s oldest logo that has been used continuously up until this very day!

2/ It takes around 2,000 tiny leaves to make just one pound of finished tea.

3/ Milk was originally added not for taste, but because the thin china cups and saucers would crack under the heat of pure boiling water.

4/ Tea bags weren’t invented in the UK! Thomas Sullivan started giving samples of his tea in little silk pouches to customers in the United States. Customers didn’t realise this was just for travel purposes and put these bags directly into boiling water, accidentally inventing the teabag!

5/ The art of reading tea leaves is called tasseography.

7/ Teapots can either be made from metal or china, Although metal will keep the tea hotter for longer, china supposedly better keeps the flavour, with no tainting from the metal.

8/ You may think the British drink the most tea, but it is actually the Turkish! 9/ Hot or cold? What do you think of iced tea? In America, iced tea is a lot more popular.

10/ According to many studies, tea is good for you! Lower risk of kidney disease, depression, strokes and diabetes have all been associated with drinking more tea.

Let us know any crazy facts about tea that we’ve missed and follow us on Facebook or Twitter for more weird British facts! Know someone abroad who misses traditional British tea? We have a number of tea-spired British Gift Boxes like the Oh Crumbs!, Dunking Indulgence and Tea Anyone? boxes that are sure to make them smile. We can ship anywhere in the world so why not send a Box today!

Please read our latest updates for Covid-19 as well new requirements for goods sent to EU countries from 1st January before you place any orders. Dismiss